Did you travel by air and experienced Loganair flight delay or cancellation?

Keep reading below, if you want to know more about your passenger rights and how to make a Loganair compensation claim.

It only takes minutes to finish it! That way you’ll find out your preliminary eligibility – and the size of the compensation.

We fight for your rights

Our experts will be checking your eligibility in depth, contacting the airlines, working with the authorities and so on.

Once we receive the compensation, we will transfer the money to you, minus our fee. You don’t pay if we don’t win. 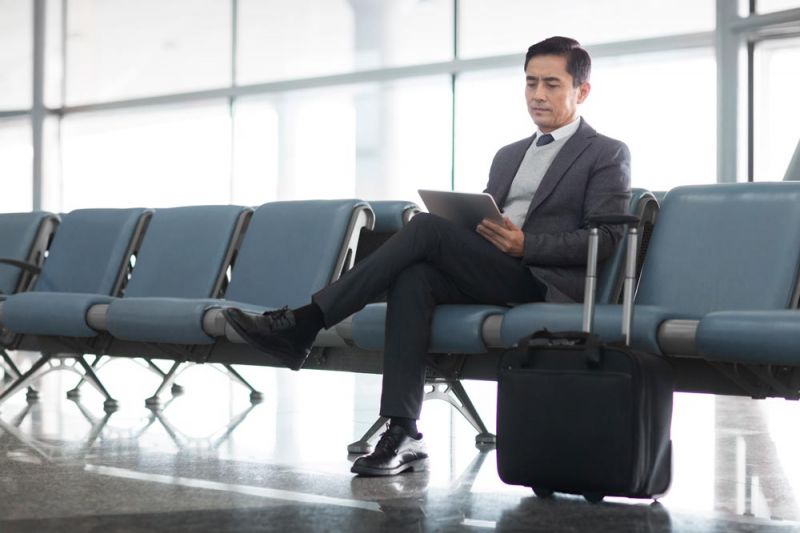 Loganair is a regional airline from Scotland. It's based at Glasgow Airport and is actually the biggest regional airline in the whole of the UK, providing flights around the UK, Ireland, and Europe.

Just like other airlines around the world, Loganair can have delays and cancellations from time to time. If you find yourself facing Loganair cancelled flights or Loganair delays, you could be able to claim compensation. Read on to learn more.

As well as delays, you might have to deal with Loganair flight cancellations. Again, a Loganair cancellation can occur for various reasons. There might be staff shortages that make it impossible for a scheduled flight to run or unexpected events at the airport that cause a flight to be cancelled. 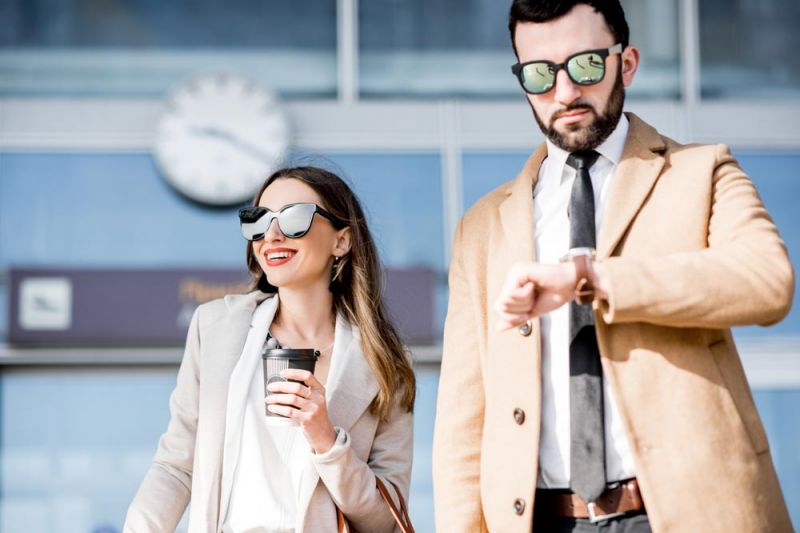 EU law provides all of the following rights to passengers travelling around Europe:

The process of filing a Loganair flight delay claim or requesting Loganair cancelled flight compensation isn't always easy. It can be a long and drawn-out process, and some people can be put off by all the forms and paperwork.

That’s where Air Advisor comes in. We have a trusted team of legal and travel experts who know how to get claims paid out quickly. We can handle all the hard work on your behalf, and we have a no-win, no-fee system, so you’ll only pay if we succeed with your claim.

Ready to get started? Check out ourflight delay compensation calculator to see how much Loganair flight cancelled compensation or or Loganair compensation for delayed flight you could claim.

When to Make a Claim for Loganair Compensation?

According toEU 261, this airline is liable to pay compensation in any of these situations:

Note: There are certain extraordinary circumstances that may allow the airline to escape compensation, but even then, you might still be able to apply for Loganair refunds, so it's still worth making a claim. 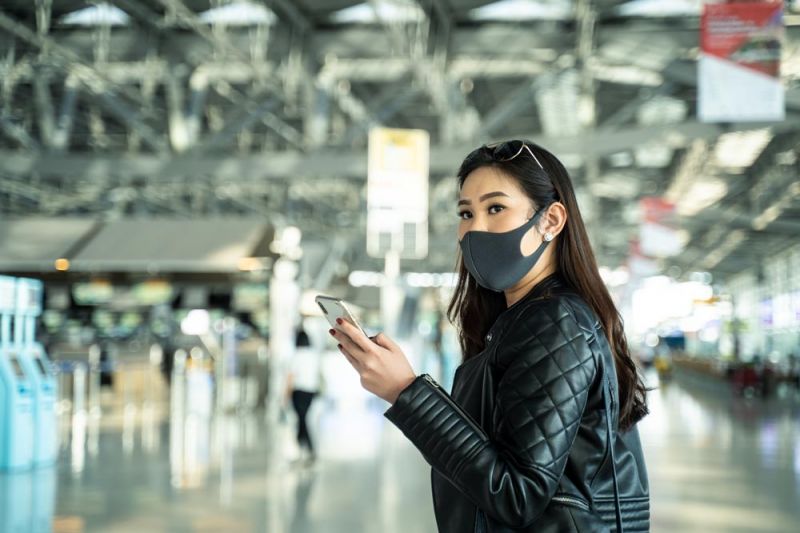 Here are some simple steps you can follow if you have to deal with a delay or cancellation with Loganair:

Can I Get a Loganair Cancelled Flight Refund?

In most cases, if the airline cancelled your flight, the first thing they’ll try to do is book you on another flight the same day. This may not always be possible, or it might not work for you, so you could refuse it and simply ask for a Loganair refund instead.

Loganair cancellation policy refund states that passengers should be able to get their money back if their flight was cancelled and they weren’t able to be booked on an alternative service. Plus, you might even be able to claim compensation as well as your refund.

Note: For refunds, the airline may offer the refund in the form of cash, credit, or a voucher. We recommend saying no to vouchers, as they might expire.

How to Cancel a Flight with Loganair?

You can cancel your flight via your online account or by calling the airline.

What to Do if Loganair Cancelled My Flight?

Speak with the airline to find out what happened. They should offer an alternative flight or a full refund.

Why Do Loganair Flights Get Cancelled?

Bad weather, strikes, and other issues may cause cancellations.

Weather problems, technical issues with the plane, and so on can cause delays.Can I Get a Loganair Refund if I Cancel My Booking?

It depends. Sometimes, tickets are not refundable if you choose to cancel them, but in other cases, the airline might give you your money back.

What happened with Loganair clients

On Monday 12th July our return flight to the Isle of Man was due for departure at 19:15 however it was delayed until 19:55 with no reason given. It was then cancelled at 19:19 which I was informed of via text message. The return flight was then re-scheduled for the following day at 11:45am however this was also delayed by 30 minutes.

I was flying with my daughter yesterday 26/07 from Birmingham to Aberdeen. Flight was meant to leave at 5:25pm. We were advised about delay earlier on on that day. Expected leaving time was 6:35pm. Check in was opened for the original time. Gate aas preparing to open. At that point I believed we are actually leaving at the original time of the flight. Suddenly everything changed and the screen showed that the flight is delayed and the gate will be advised in 2hours. Estimated leaving time 7:40 pm. We boarded at around 8pm and sat in the plane for another 20 minutes. We finally took off at 8:20pm. Logain air is always late. I flew with them to Birmingham 3 weeks ago and the fight was delayed leaving Aberdeen. I am very dissatisfied with their services

original flight delayed a few times before being cancelled, booked me on the next flight which was again delayed. 13 hours from arrival at airport to take off .

Boarded plane, pilot noticed smoke from an engine and we had to disembark until issue resolved by technicians

advised one hour before take off flight was delayed then cancelled

The flight was cancelled, we were told to book a hotel overnight and get the next flight available in the morning. I was told i had to book my own hotel due to the COP26. The cost of the hotel was £445.00 due to the lack of availability as the COP26 was on.

Me and my partner were flying from Manchester to Inverness on Friday 30th July this year. But sadly the day before my mum got taken yo hospital and sadly died.. So me and my partner had to self isolate..

Plane broke down at Newquay. Replacement plane was sent to Newquay and it also broke down. It was eventually repaired and came to Manchester

Various reasons given, initially maintenance then technical issues, finally as we were sitting on the plane for 45 mins we were informed that the crew had run out of airtime so weren’t able to take off!

Two hours delay at Manchester airport, Loganair left my luggage in Manchester, then we arrived in Aberdeen to drop of and on other passengers and we took off in Aberdeen and halfway through we have been told Sumburgh Airport has closed. Had to stay in Aberdeen over night where I got 3.5 hours of sleep and the next morning I finally got to Sumburgh and I still have not received my luggage.

We initially boarded the flight and we’re in the air by about 2:48pm. We were in the air for about 10-20 minutes before the pilot made and announcement and began to turn the plane around. There was an issue (which was expressed to us as being minor, “better safe than sorry” was the quote the pilot used) and the landing gear was improperly calibrated. We were next promised a flight at 7:30pm but we didnt board until 8:20pm instead. We landed around 9:30pm. While we waited in the terminal we were provided a voucher of £15 but nothing else. I had no alternative mode of travel aside from this flight and I missed half a day in Cardiff (and had to travel onwards in the dead of night, in a city I have never previously visited. I missed dinner with my friends who furthermore had to stay up and pick me up from the train station at around midnight. We did not go to bed until 2am that night.

They cancelled the flight 7 hours before take off.. no refund since February 2022