KLM passengers affected by KLM cabin crew strikes might experience a fair share of delays, overbookings, and even cancellations. If you fell a victim to these KLM service disruptions due to KLM strikes in recent years, you are protected by one of the EU laws. Passengers experiencing these flight problems may be eligible for flight compensation up to €600. AirAdvisor can help you claim your KLM strike compensation today. 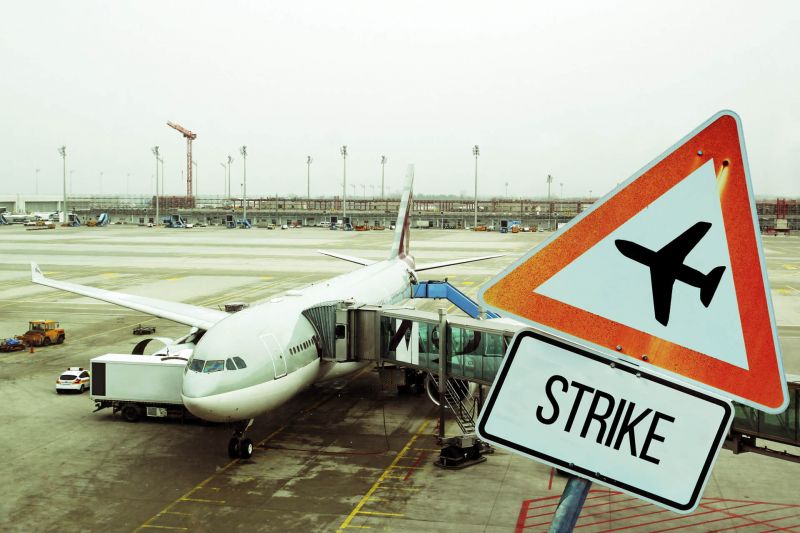 Anytime you fall a victim to your KLM flight being disrupted due to an airline crew strike (KLM employee strike), you are in for a treat. The European Court of Justice has confirmed that passengers whose flights are delayed or cancelled are entitled to compensation, thanks to EU 261 Compensation.

Besides your potential right for an additional monetary claim, airline must offer you the choice between a KLM strike refund of your original flight ticket price OR an alternative flight to your original destination.

KLM refund for strike : When Can I Claim?

Whenever KLM employees decide to go on strike whilst this action results in flight operations being impaired or disabled, the airline must pay compensation for its actions and caused inconvenience.

That ultimately gives us the most important question to ask -- Who is on a strike? Is it the KLM airline, and their own staff? Once it is validated that the flight operator, in this case KLM, is at fault, the onus to compensate passengers for any cancelled or delayed flights caused as a result of the strike action is, thanks to EU regulation 261, on them -- under the following circumstances:

Can you claim KLM Pilot Strike Refund and Compensation for a KLM flight affected by a pilot strike?

In the event of a flight delay, air passengers are entitled to care and adequate service at the airport, including food vouchers, phone calls, and emails. Thanks to The Regulation of EU no. 261, you could as well be able to claim financial compensation if your KLM flight was delayed due to a pilot strike by 3 hours or more. To find out if your KLM flight meets the pilot strike criteria, use AirAdvisor’s free compensation checker.

KLM Strike Compensation: When do I NOT qualify?

KLM strike compensation claims are very much dependent on who calls the strike. KLM may argue that strikes are ‘extraordinary circumstance’ and refuse to pay compensation as a result. This makes it often tough to deal with an airline, especially when trying to claim additional monetary compensation. Luckily, this is one of the reasons we established our compensation advisor. Read more about compensation for airline strikes.

Reason of strikes KLM had (that generally don’t qualify for monetary compensation):

Can you claim Compensation for a KLM flight affected by an Air Traffic Control strike?

In the case of Air Traffic Control strikes, you are entitled to an alternative flight or a refund, providing the delay/cancelation meets the EU Reg 261 criteria, however, it’s improbable the case would qualify for any monetary reimbursement at the court of appeal as KLM will deem this an “extraordinary circumstance”.

Check if you qualify and apply for KLM Strike Compensation via AirAdvisor.

Should you be unlucky enough to get stuck waiting at the airport for an extended period of time due to strikes, you must insist on your “right to care”. These entitlements differ based on the amount of time you had to wait. To qualify, your KLM flight must be delayed 2 hours or more. Here is a brief rundown: 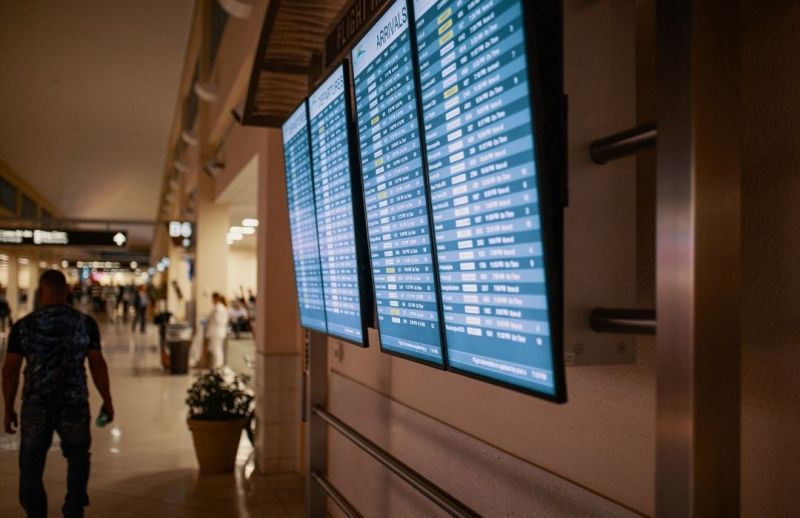 Whenever does KLM cancel your flight, they must issue you with an alternative flight or your money back. Whenever your flight exceeds a delay of 5 hours and above, the financial cost of the ticket will be fully reimbursed back to you upon cancelling the flight yourself.

If your flight was cancelled, you should be offered the option of using an alternative flight by KLM in order to get you to your destination. Find out more about strike refund policy and re-bookings.

What is the KLM Strike Compensation Amount?

In occurrences of cancelation, delay, or denied boarding caused by airline strike action, the EU Regulation 261 states that each passenger is entitled to compensation up to 600 €. Do you qualify for KLM strike compensation? Find out for free on our claims page.

What happens if KLM cancels my flight/all flights due to strike?

If your flight was cancelled due to a KLM cabin crew strike, you qualify for additional monetary claims if you find out less than 14 days prior to your flight departure and KLM failed to provide you an alternative flight or fully refund your ticket.

To help your case, ask for the reason of strike KLM had in written form. This statement can be useful to increase the chances of your claim to be granted additional monetary compensation.

Strikes of KLM can sometimes cause lengthy delays and negatively manipulate the expected arrival to your final destination. Should your flight happen to get delayed by 3 hours and above, it makes you competent for additional monetary compensation.

When does your KLM flight affected by a strike arrive at the destination airport with a delay of more than 3 hours, you might be entitled to compensation of up to 600 €, relative to your flight distance.

So, how to claim flight delay compensation from KLM?

Learn more about flight delay compensation or use our claim service to fill out the KLM delay and disruption compensation form.

During a strike of KLM, you might happen to find yourself in a situation where you are not allowed to board a flight that has been oversold, even though you have paid for the ticket. If experienced denied boarding against your will, you may be very well owed compensation.

In order to claim compensation for KLM missed flight, you must have your entire trip pointing to a single booking reference.

How to fill a claim with KLM?

If your flight was cancelled or delayed due to KLM flight strike, you can check if you have an eligible claim for compensation based on the EU Reg 261. To find out, use AirAdvisor’s free compensation form now!

Will KLM refund my ticket because of strike?

If your KLM flight is cancelled, you should receive a refund or a replacement flight. If your flight delay exceeds 5 hours or more, the ticket cost will be fully reimbursed back to you upon cancelling the flight yourself.

KLM customers are often left without help and answer from the airline, as it introduces further flight cancellations due to the current worldwide situation. Strikes cost airlines hundreds of millions in losses. It should not suprise that airlines are slow to respond to such refunds requests. Air carriers tend to seat on these claims, as most passengers will give up or accept a voucher. In order to find out the status of your KLM strike refund, contact KLM customer service via email. Remember that ​​compensation is payable if it was caused by KLM employee strike. If you want to avoid the hassle of enforcing your passenger rights, please entrust AirAdvisor to do this for you, as airline strike compensation claims will typically have to go to courts to succeed in collection.

What is the KLM claim response time?

Whenever you are owed feedback, refund, or compensation from KLM, airlines shall respond within 30 days, however with strikes we tend to see delays in responses. However, whenever the airline turns down your compensation request, feel free using the help of our claim service to help your case.

KLM Flight Strike Updates – How how to check your flight status?

When is KLM going on strike?