Was your flight disrupted due to airport strikes, weather or other reasons? No worries! According to Regulation EU261, you may have the right to compensation and refund for flight cancellation due to strike or other disruptions.

Read on and learn about what airlines are going on strike, your rights to compensation for flight cancelled due to strike or other reasons, and everything else important for the claiming process.

Strikes are very common, often the main sources of flight delays and cancellations.

Whenever air traffic controllers or ground staff decide to go on strike, it makes it impossible to run flight schedules on time and leads to major chaos and impact on your plans or costs.

That often results in leaving passengers stuck and without any information or proper care.

Before we discuss your rights as a passenger, it’s important to understand the distinction between monetary compensation and other alternatives. In the event of strikes, under EU Reg 261 you could be eligible for a combination of:

With that in mind, let’s have a closer look at monetary strike compensation and when are you entitled to it by law.

Airline Flight Strike Compensation: When Can I Claim? 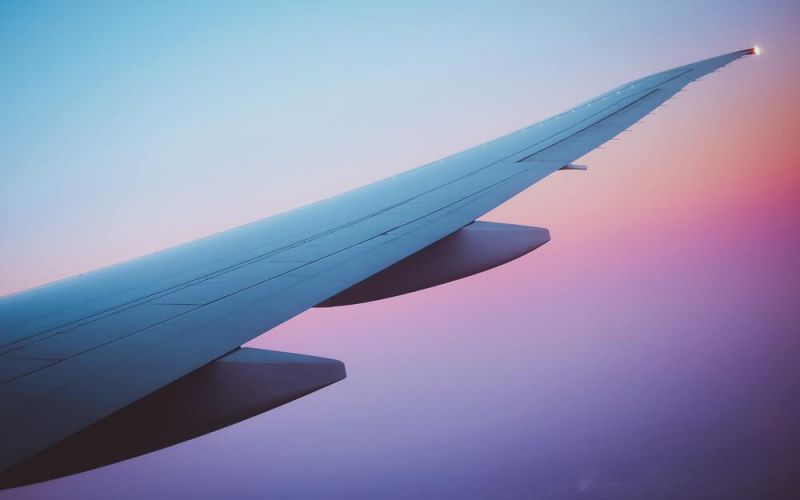 Whenever airline personnel decides to go on strike which results in flight operations being impaired due to the strike, the airline must pay compensation for its actions and caused inconvenience under the following circumstances:

In 2018, the European Court of Justice has ruled that strikes called by airline crew are within the airline’s control. (Therefore a subject to monetary compensation).

These situations are known as “wildcat strikes”, which refer to strikes launched by airline crew at the last minute, as opposed to a strike that has been planned in advance.

And thanks to EU regulation law EC 261, in case of “wildcat strikes”, airlines are required to compensate passengers, that meet the criteria, for flight disruptions that they are responsible for.

Airline Strike Compensation: When am I not eligible?

According to the EU Reg 261 criteria, flight strike compensation claims are very much dependent on who calls the strike.

Most types of strikes are beyond the airline’s control and are considered extraordinary circumstances.

Air traffic control strikes, pilot strikes, airport staff strikes, baggage handlers strikes, and almost all other strikes (except a wildcat strike) are not considered as an eligible reason for a compensation claim.

If a flight is delayed as a result of this, the airline is usually not held responsible, as it often argues that these strikes are ‘extraordinary’ and refuse to pay compensation as a result. This can make it difficult for passengers to claim any monetary compensation.

That’s when we come in to help!

Having your flight impacted by a strike can be a stressful experience. On top of that, there are a lot of different laws and regulations by which an airline tries to workaround their duty of compensation. To find out if your flight qualifies for compensation, use our free quick compensation checker. If your flight meets the criteria, we can help you get your claim sorted quickly and worry-free.

The following overview shows the rights and services you are entitled to in case you experience a flight delay:

Besides compensation, what are my rights for a flight delay/cancellation due to strike?

Thanks to EU Reg 261, even if the delay or cancellation is considered extraordinary, the airline is still required to provide you with reasonable care and assistance at the airport for delays.

After a delay of 2 hours or more (including if you are waiting only to be told your flight is canceled), the airline must provide you with vouchers for food and drink, but if you don’t receive any, keep your receipts and claim these back.

Generally, your airline should offer you a “reasonable amount of food and drink” relative to your waiting time.

And for delays of 5 hours or more, you can get a refund or ask for alternative transportation, or even stay in overnight accommodation if relevant.

And remember that you are always entitled to care and assistance in case of a long delay/cancellation, even if it was caused by extraordinary circumstances.

Can I rebook my flight?

As a passenger, you could be entitled to compensation if you arrive at your final destination at least 3 hours later.

In case of the flight’s arrival to your destination with at least a 3-hour delay and the reason for the delay being a wildcat strike, chances are you are subject to monetary strike compensation.

If your flight has been canceled or delayed for more than five hours, you have the right to withdraw from your flight and receive a complete refund for your flight.

You also have the choice of taking the alternative flight given by the airline to get you to your destination.

How much compensation for a delay in the event of a flight strike? 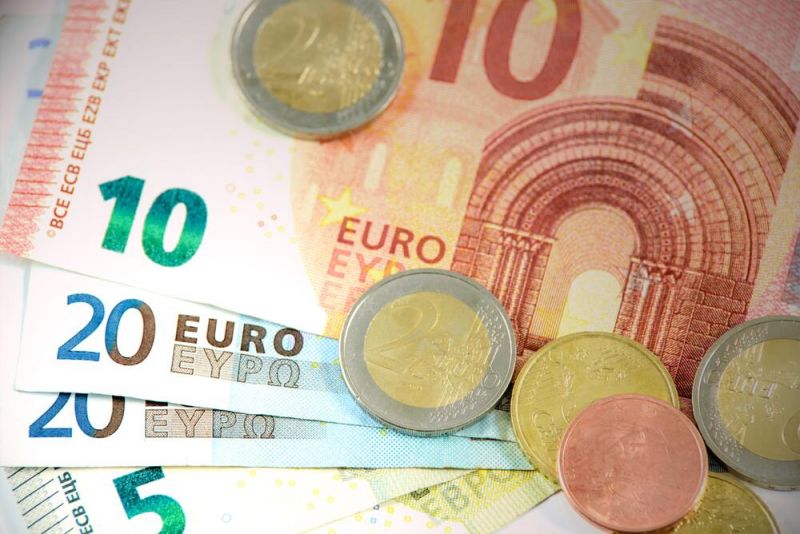 When your flight arrives at the destination airport with a delay of more than 3 hours due to a wildcat strike, you might be entitled to compensation of up to 600 €, relative to your flight distance. Are you eligible for airline strike compensation? Find out for free on our claims page.

There are 4 possible options of compensation in the event of a flight delay, depending on the distance of the flight, set by the EU Reg 261.

Here is a flight delay due to strike - airline strikes compensation options breakdown:

Flight delayed over 3 hours or canceled? See if AirAdvisor can get you compensation.Check Your Flight

How much compensation for a flight cancellation due to strike?

If your flight was canceled due to a wildcat strike, you qualify for additional monetary claims if you find out less than 14 days in advance of your flight departure and the airline wasn’t able to offer you a full refund or alternative flight.

it is important that the airline provides the cause of the cancellation in writing. This information can be useful to reinforce your claim for compensation.

There are 5 possible options of compensation in the event of a flight cancellation, depending on the distance of the flight, set by the EU Reg 261.

Here is a flight cancellation due to strike - airline strikes compensation options breakdown:

Don’t hesitate to find out if you are entitled to compensation and get our expert team to quickly assess your case right now.

Can I claim if my flight was canceled due to a strike? 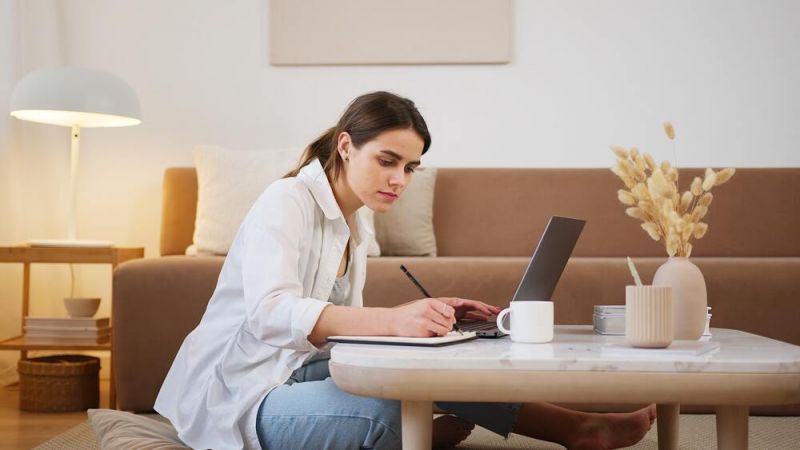 The primary thing to focus on is the reason for your flight cancellation or delay. In case the reason is connected to a wildcat strike (an airline crew strike launched at the last minute), that would, besides your right for “care”, make your case eligible for additional monetary compensation.

In addition, to qualify for compensation rights, your flight should either take off from a country located in the European Union or land in a country from the EU if it is a European airline.

Here is a breakdown of strikes that meet the criteria for a compensation claim:

These are strikes that are not considered an eligible reason for a compensation claim.

Disrupted flight? You might have a right to compensation - up to €600Check Your Flight

Flight strike compensation claims are very much dependent on who calls the strike. When it comes to baggage handlers, airport staff, or pilot strikes, the law is less direct and it’s likely that court proceedings would be required in order to decide on the specific circumstances of your case.

Our claim service can help you claim your compensation in this case. Use our Instant Claim Checker to see If your case qualifies for a flight delay compensation.

How Do I Get My Airline Strike Compensation? 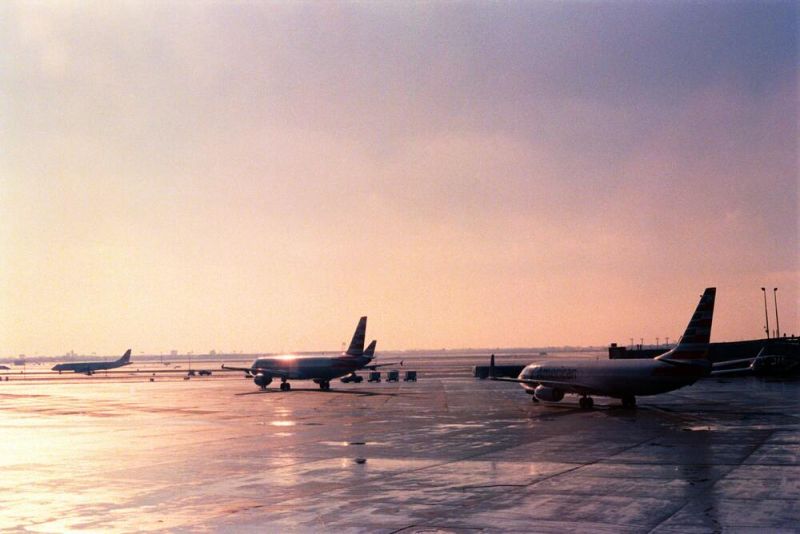 To get around compensations for airline strikes, the air-carrier often argues that no matter what, strikes are ‘extraordinary circumstances’ and refuses to pay compensation. That’s when our claim service at AirAdvisor steps in -- and enforces your rightful claims for you on a “no win – no fee” basis, so there is zero cost risk.

You can simply fill in your flight info into our compensation checker to see if your particular circumstance qualifies to whether you can claim compensation.

Our team will assess the situation and get back to you with an opinion as soon as possible.

If your flight was delayed, canceled or overbooked within the last 3 years, you could be eligible for up to €600 in compensationCheck Your Flight

When an airline cancels your flight --  i.e., you cannot get to your destination or home from your journey as a result of the strike, it’s their duty to offer you a full refund or an alternative flight, to get you to where you need to be. However, if you accrue financial losses as a result, those losses may be reimbursed by your travel insurance provider when you make a claim.

If you find yourself being a victim of a flight delay due to strike -- as in you cannot get to your trip destination on schedule and financial losses result from those delays, providing you have checked in for your flight and that your travel insurance policy cover delays (due to strike action or other reasons) you can look to claim for compensation once your flight has been delayed for a certain number of hours, which is normally 12, but this can vary.

Can I claim compensation for air traffic controller strike?

Air Traffic control strike is viewed as an “extraordinary circumstance”, thus unlikely to be subject to compensation. However, even if the delay or cancellation is considered extraordinary, you’re still entitled to an alternative flight or a refund, providing the delay/cancellation meets the EU Reg 261 criteria.

Can I get airline compensation for delayed flights through a pilot strike?

In case of a flight delay, you have the right for assistance and care at the airport, which includes food and phone calls. However, under EU Reg 261, you may as well be able to claim monetary compensation if your flight is delayed through a pilot strike by 3 hours or more.

What happens if your airline goes on strike?

In case of an airline strike, the employees, staff, and other members of an airline go on strike, which often results in service disruptions, flight cancellations, and general chaos. Passengers are often offered refunds and may also be able to claim up to €600 in cash compensation if airline strikes. Additional monetary compensations for airline crew strikes are amongst the most common ones.

Do airlines compensate for canceled flights for airport strikes?

When it comes to airport strikes, next to monetary compensation, you have a right for a refund, care, and assistance. If you meet the criteria, such as checking in on time and flying/arriving in the EU through an EU airline. Via AirAdvisor’s free compensation checker, you can quickly find out if you qualify for compensation.

Does one get compensation for airline going on strike?

If you experienced a flight strike, chances are you were left stuck and without any information or proper care. However, according to the EU Reg 261 criteria, you have a right for food vouchers, phone calls or even replacement accommodation if needed. Additional monetary compensation claims are very much dependent on who calls the strike. To find out if you are eligible, use AirAdvisor’s free compensation checker.