AirAdvisor initiated a petition to the President of Ukraine

Vote for a petition for the protection of your rights!

If you or your relatives or friends were suffering from flight delays, support our useful initiative. Do not be passive, tell the STOP a terrible service оf Ukrainian air carriers and get an air compensation of up to $700 the next time you have a flight delay!

Every day hundreds of people who are affected by the delays in flights of Ukrainian Airlines are calling us. People without any explanation from the carriers spend at airports from 6 to 30 hours, without a single right to assistance and compensation.

That is why our company initiated amendments to the Air Code of Ukraine. We are for human and comfortable terms of air travel, and respect for European passenger rights! 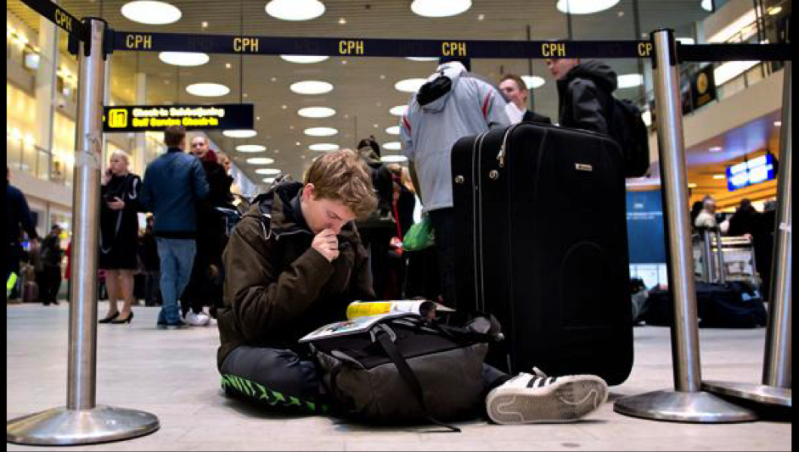 Dear Mr. President,
The acute and urgent need to send you this e-petition is due to the extremely negative situation prevailing in the air transport market of Ukraine and the market for providing tourist services, the absolute and total violation of the rights of consumers by air carriers, the task of numerous financial losses in the tourism industry.

The Scale of the problem:

The problem described in this electronic petition has existed for many years. At present, the scale of the problem has reached a critical level, which it is impossible to put up with:

The reaction of state bodies:

July 03, 2018 Minister of Infrastructure Omelyan was forced to hold an urgent meeting on the massive failures of flights, including for technical reasons. As a result:

Congratulating Mr. Minister for such decisions, I am convinced that these steps
will not be enough to solve this problem. After all, the aviation industry was in such a difficult situation due to the following:

Solving the problem requires the leadership of the President of Ukraine to support legislative changes to bring passenger protection to real European standards. It is precisely the proof of the state of affairs that it is evidence that the actions of the State Aviation Service is not sufficient, and the current legislation does not correspond to reality.

As with the issue of no-visa for Ukrainians, the situation requires the intervention of the President as a guarantor of the rights and freedoms of the citizens and a representative of our state in the international community.

Contents of the petition:

According to the same Law No. 1629-IV, the purpose of adopting Ukrainian legislation to the legislation of the European Union is to achieve the conformity of the legal system of Ukraine with the acquis communal, taking into account the criteria put forward by the European Union (EU) to the states which intend to enter it.

In accordance with paragraph 8 of Part I "Introduction" of Section 14 "Transport", the list of acts of the legislation of Ukraine and the acquis of the European Union in the priority areas of adaptation of Law No. 1629-IV "For the realization of the national policy of Ukraine - accession to the European Union - Ukraine has to adapt its national legislation and the practice of its application to the entire EU system of law so that the relevant European acquis standards are fully incorporated into the national legal system (third Copenhagen Criterion).

The transport acquis of the EU consists of all directives, regulations, and decisions adopted by the relevant articles of the constituent agreements. It also includes the principles of law and jurisprudence of the Court of Justice, international agreements in the field of transport to which the Community is a party, as well as the relevant declarations and resolutions of the Council of Ministers.

This understanding of the transport acquis is explicitly indicated by the Directorate General of the EU Commission on Transport in the "Transport acquis roadmap&quot; developed specifically for the candidate countries".

That is since Ukraine has adopted Law No. 1629-IV, which proclaimed the priority of its foreign policy the adaptation of the national legislation to EU legislation, including the decisions of the European Court, has passed for more than 14 years!

We want to draw your attention to the fact that for 14 years the law No. 1629-IV has been violated and not implemented! Naturally, this can lead to complication of the process of Ukraine integration into the European community, the emergence of dissatisfaction and
misunderstanding from our European partners.

In compliance with the Law No. 1629-IV, the Verkhovna Rada of Ukraine adopted a new version of the Air Code of Ukraine on 19.05.2011, in which the provisions of Regulation (EC) No. 261/2004 "On the establishment of general rules in the field of compensation and assistance to passengers in the event of refusal in landing, cancellation or prolonged flight delay and the abrogation of Regulation (EEC) No. 295/91 "(hereinafter referred to as "Regulation No. 261/2004").

It is expressly stated: "These Rules have been developed taking into account the
requirements of ... Regulation (EU) of the European Parliament and of the Council of February 11, 2004, No. 261/2004 on the introduction of general rules for compensation and assistance to passengers in the event of denied boarding and cancellation or long delay of flights ... "

In this case, the European Court of Justice in Nelson v. Lufthansa and TUI and others v. The Aviation Control Authority (TUI and others v. CAA) (case C581/10 and S629/10) upheld the decisions of the national courts in the cases of Sturgeon v. Conger (Sturgeon v Condor) (case C402/07) and Bock, Lepuschitz v Air France (Case C432/07), that air carriers are required to pay the Regulation (EC) No. 261/2004 cash compensation for flights is delayed by at least 3 hours or longer from the initially scheduled arrival time.

As the Ukrainian legislation adopted Regulation No. 261/2004, in both cases the same right to receive cash compensation is provided for in case of cancellation of the flight (Article 5 of Regulation No. 261/2004, Article 105 of the Air Code of Ukraine, Chapter 3 of Section XVI of the Air Transport Rules). In this case, identical in both cases, the similar right to compensation in the event of the arrest of a delay is not clearly defined.

However, the European Court of Justice has repeatedly drew attention to the fact that, in interpreting the legal norms of the European Union, it is necessary to take into account not only the text of the standard, but also the context, the purpose of the relevant rule of law, and the reason with which this norm has been adopted.

According to the European Court of Justice, Regulation No. 261/2004 aims to ensure a high level of protection for air passengers, regardless of whether their flight was canceled or delayed, as both of these cases lead to similar severe problems and inconveniences when using air transport. Thus, the European Court of Justice emphasizes that passengers whose flights delayed can be considered to have no right to compensation.

The European Court of Justice has pointed out that Regulation No. 261/2004 seeks to provide
compensation for losses in an immediate and standardized manner and in various forms to restore, among other things, the losses incurred by air passengers in connection with the loss of time.

Given that it is impossible to recover lost time, its compensation can be made only in cash. Therefore, the losses will suffer as passengers whose flights were cancelled, and passengers whose flights were delayed. These losses in both cases are a loss of time. Therefore, both groups of passengers are in similar situations, which gives them the same rights to monetary compensation in the sense of Regulation No. 261/2004.

In addition, Art. 5 (1)(c)(iii) of Regulation No. 261/2004, para. 4 hours 1 tbsp. 105 of the Air Code of Ukraine, para. 2 p. 1 ch. 3rd p. XVI of the Air Transport Rules identically provides that in the event of cancellation of an airline flight, the carrier may propose an alternative route, while still a passenger of such cancelled flight will be entitled to monetary compensation if he is informed about cancellation less then seven days before the scheduled time departure and it is suggested to change the route, which will allow you to leave from the point of departure no later than an hour before the scheduled time of departure and arrive at the final destination no later than through two hours after the scheduled arrival time.

That is, such passengers are entitled to monetary compensation when the loss of their time is equal to or greater than 3 hours about the time scheduled by the air carrier from the beginning.

Since the losses suffered by passengers of long-term cancelled and detained persons are similar, granting only one of them the right to compensation is a violation of the principle of equality of justice, which is clearly enshrined in Article 24 of the Constitution of Ukraine and Art. 7 of the Law of Ukraine "On the judicial system and the status of judges" and also violates the purpose of Regulation No. 261/2004, Section XIII of the Air Code of Ukraine, section XVI of the Air Transport Regulations.

This leads to the violation of the rights of Ukrainian citizens and foreigners, violates competition in Ukraine creates discrimination against European companies, which in turn can cause dissatisfaction with the European Union, threatening our country's relations with Europe as a whole, the achievements already achieved on a visa-free regime, granting Ukraine financial assistance and association with the European Union in general.

In connection with the above, ask: