Check Compensation
Main1 › Blog2 › Is It Safe To Fly a Plane In a Thunderstorm?

Can planes fly in thunderstorms? It's a question that a lot of travellers have asked, especially as they sit in departure lounges preparing for their flight and see dark, scary clouds on the horizon.

Logically, you might assume that flying planes in thunderstorms is dangerous or risky. However, even though lightning seems scary to passengers, it actually doesn't pose too much of a threat to commercial planes.

Read on through our guide to find out the answer to "Is it safe for planes to fly in thunderstorms?" and why flying during a storm isn't as scary as it might appear to the untrained eye.

Can a Plane Fly in a Thunderstorm? 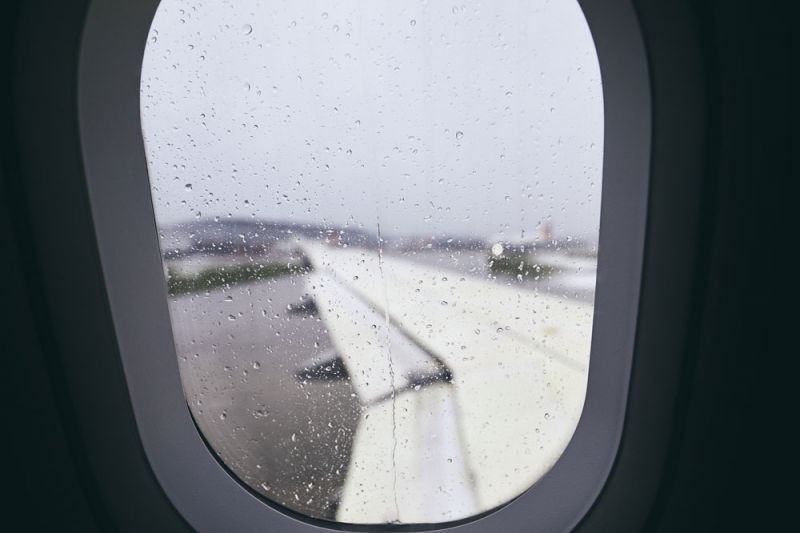 So, do planes fly in thunderstorms? Well, the simple answer is yes, they do. In fact, statistics show that thunderstorms have very little impact on flight schedules and are not likely to cause too many issues like delays or flight cancellations.

Are Planes Safe in Thunderstorms?

So, how do planes fly in thunderstorms? And how can a plane survive being struck by lightning? Well, it's all to do with the way that planes are designed.

When we imagine a plane being struck by lightning, we might picture a terrible scene and see the plane breaking apart in mid-air. But in reality, this is not what happens.

Modern aircraft are designed to be able to withstand lightning strikes. So a plane in a thunderstorm can get hit by lightning without suffering any serious damage.

How does this work? Well, aircraft engineers understand that lightning is most likely to strike either the tail or the tips of the wings of a plane.

So, when airplanes are constructed, these key areas are made to be extra strong and fortified in order to take a lightning strike and distribute the electrical charge without falling apart or bringing the plane down.

Can Planes Take Off in Thunderstorms?

So, do planes take off in thunderstorms? Well, even though planes can fly through thunderstorms relatively safely, taking off during a storm is a different matter, and a lot of flights get delayed due to the presence of bad thunderstorms.

Take-off is one of the toughest and most risky parts of any flight. Can a plane take off in a thunderstorm? Technically, it is possible, but pilots and air traffic experts prefer to keep planes on the ground when a storm is present and wait for it to calm down before setting off.

Can You Do a Plane Landing in a Thunderstorm?

Planes can and do land during thunderstorms, but it all depends on the situation. Pilots will often use their judgment and experience to decide if a landing is safe or not while a storm is going on.

The main risk with landing during a storm, just like with taking off, is microbursts. A microburst is a small but strong column of air in a storm which can affect a plane's direction, making it hard for pilots to keep the plane under control.

Conclusion: Is it Safe to Fly During a Storm?

Ultimately, it is usually perfectly safe for planes to fly in storms. Today's aircraft, especially big passenger airplanes, are designed to deal with lightning strikes, rain, and other conditions.

Plus, pilots haveextensive training in how to handle storms and can be trusted to make the right call. So, you might experience a delay or late landing in some storm situations, but you shouldn’t have to worry about any safety issues.

Can a Thunderstorm Cause a Plane to Come Down?

It's very unlikely for thunderstorms to bring planes down, and planes are able to be struck by lightning without suffering serious damages. In fact, rain, hail, and wind are more dangerous to planes than thunder and lightning.

Does the Type of Thunderstorm Have an Effect?

There are a few different kinds of thunderstorms, and some are more severe than others. More severe and intense storms present bigger risks, but pilots are trained to make the right decisions and won't take off or land if the conditions are too bad.

Do Flights Get Cancelled Due to Thunderstorms?

Yes, this can happen. In fact, many flights are cancelled regularly around the world due to thunderstorms making it dangerous or impossible to take off.

Can Planes Fly in Heavy Rain?

Yes, modern aircraft are capable of flying in very heavy rain, and rainfall doesn't pose any notable threat to planes in the air. It’s also fine in most cases to take off and land during heavy rain.

Will Planes Land in Thunderstorms?

It depends on the circumstances. Landing during a thunderstorm can be dangerous, due to high winds and microbursts, so pilots will usually communicate with air traffic control workers and decide on the best course of action if a storm is in the area.